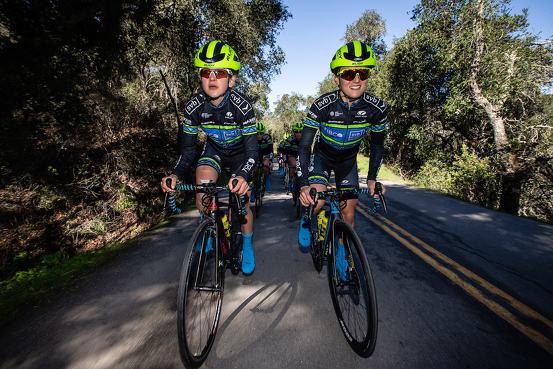 Summer has officially begun, which means that the cycling season has reached its midpoint!  Lex Albrecht began 2019 racing team TIBCO-Silicon Valley Bank's North American calendar, the other race program having played out in Europe.

"It's been cool to begin this year in North America.  The past few years I have spent most of the early season in Europe on long blocks for the Spring Classics.  Right now I am training for the Canadian National Championships which will be held in Beauce, Québec during the last week of June."

Following the National Championships, Lex will take part in the Tour Charles Bruneau 2-day trek for which she is an ambassador and spokesperson.  The ride that goes from Gatineau, QC to Boucherville QC raises funds for children living with and in remisson from cancer.  "This is a very important cause for me, and an event that I look forward to every year.  It's really special to meet and spend time with the children that the Fondation Charles Bruneau helps, as we ride over 2 days.  Anyone who joins in on this ride is pretty much garunteed to return every year for life... the experience is that amazing."

Tickets are booked for Lex to fly to Prague to reuinte with European racing the second week of July.  "I'll start of with the Tour Feminin stage race in the Czech Republic, and then compete at La Course in France (Tour de France's women's event) and Ride London in England.  In the meantime, I will be making the most of my precious time at home to get in some solid training on familiar roads, rack up some extra mileage on my motorcycle, and give my trusty espresso machine all of the love that it deserves!"