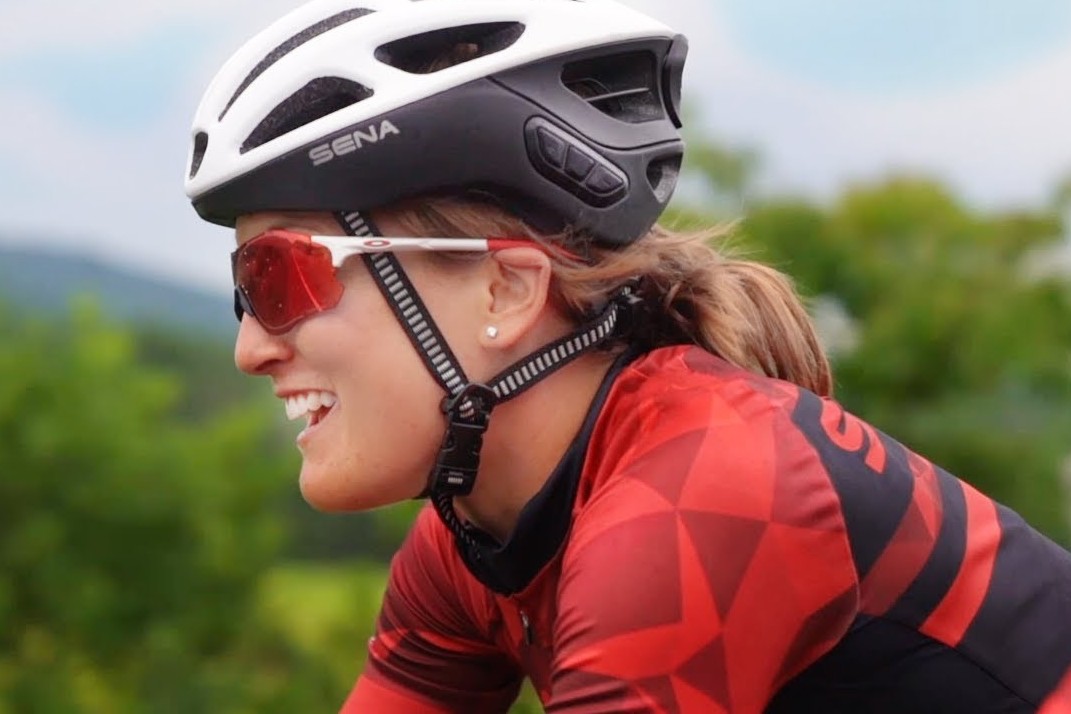 Lex Albrecht, wearing the Sena R1 Evo Smart Helmet
Cycling Canada has announced its roster selection for the inaugural edition of the UCI World eSport Cycling Championships.  Three women and four men from different cycling disciplines (and even triathlon) have been selected to represent Canada in the competition, which will be held on the Zwift platform on December 8-9.  The course consists of 5 laps of the Figure-8 Course in the virtual world of Watopia. Lex Albrecht has been selected as the first alternate rider.
"The direction that eSports is taking is pretty exciting.  We're witnessing a total revolution in how sport is practiced, and it's even if a bit unnerving, I think it's neat to be able to experience this in our lifetime.  Cycling indoors has played a huge part in my training regiment even before I began racing, and I still choose to do rides and workouts on my rollers when the weather is clement.  It's just something I enjoy!  The racing concept is still new to me, but  I began exploring Zwift last winter, and have enjoyed what I've experienced on the platform so far.  I think that Cycling Canada chose an excellent roster of athletes to represent us at Worlds, and I'm going to be ready to fill the role if any of the three women decide or need to drop out."

"I laughed at myself a little bit when I saw that Canada gets to have Angela Naeth represent our country at Worlds in Watopia, because she's a triathlete.  I dabbled a bit in triathlon just for fun this year, and joked around that I was breaking into other kids' sandboxes in doing so.  I guess karma came back to bite me, because now someone else is coming into my sandbox and taking over.  I kind of get a kick out of that.  In all honesty, I think it's neat that Angela and Lionel Sanders are part of Canada's squads.  Welcome!"
Selection for the 2020 UCI World eSport Cycling Championships:
Women’s squad
Angela Naeth – Prince George, BC
Georgia Simmerling – Vancouver, BC
Olivia Baril – Rouyn-Noranda, QC 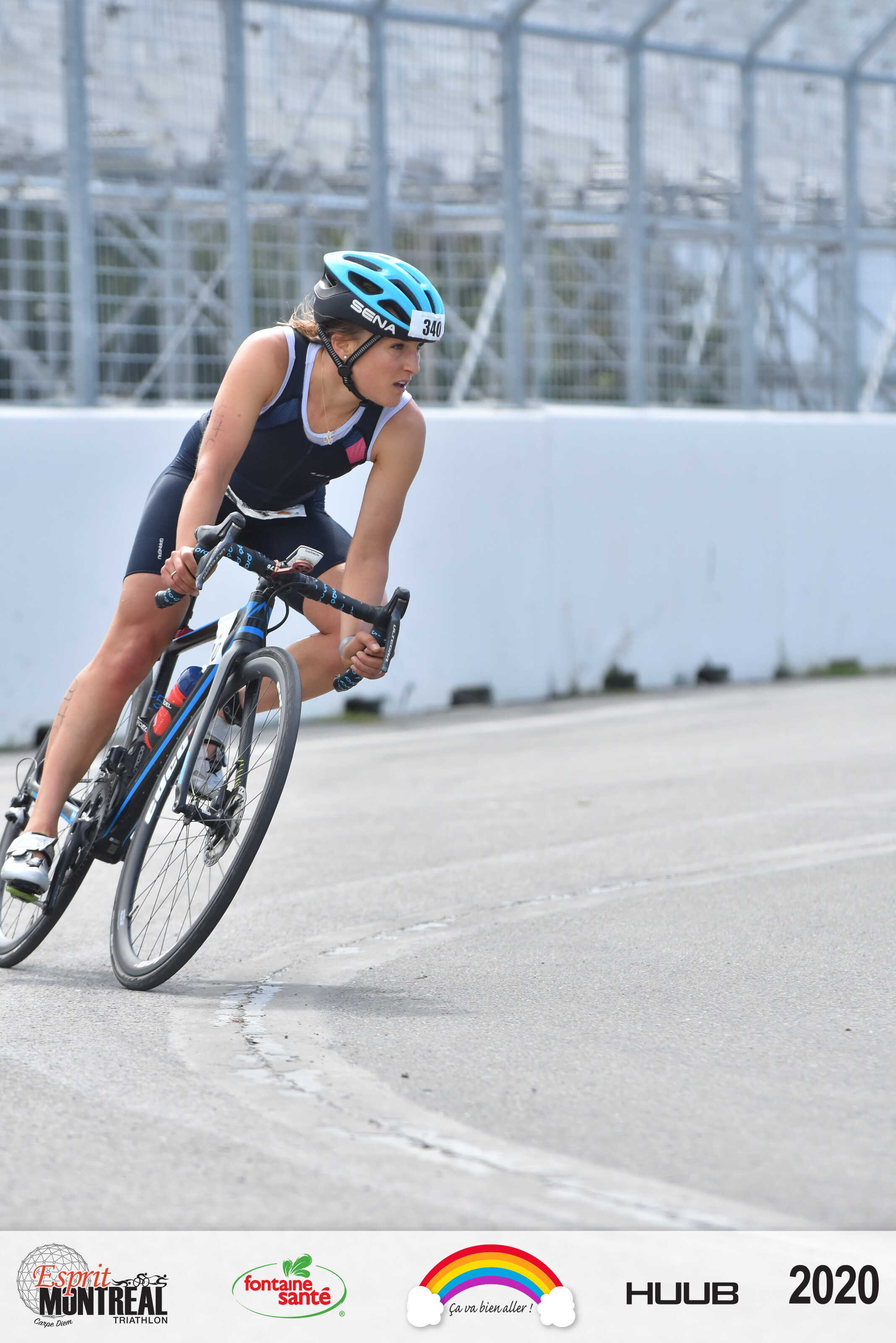