Out in the desert, Barrie Woman Reconnects With her Passion for Cycling 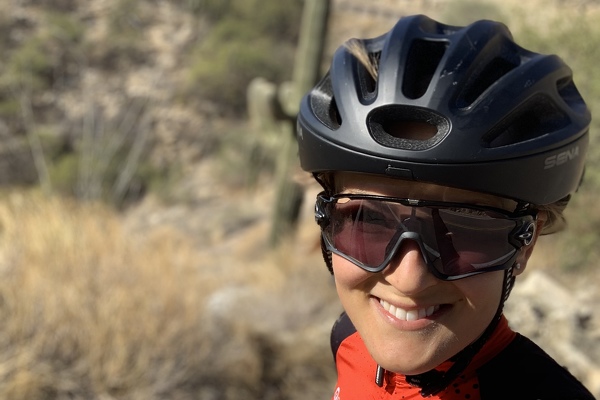 After having completed the first part of her off-season training in California early this year, cyclist Lex Albrecht headed to Florida to continue her workouts with Team Quebec, a triathlon group.

"It was cool," the Barrie native told BarrieToday of working with Team Quebec, "because I was doing some mentorship in the cycling part and then I was doing some awesome cross training with swimming and running, and I really wanted to keep working at the swimming because it is good cross training and it was really fun to be learning something brand new.

"But then the pandemic hit and I had to come home," she added.

With the gyms closed, Albrecht found herself stuck in her condo, and with no end to the pandemic in sight, she found her plans for the upcoming season slipping away.

The 33-year-old professional cyclist was looking forward to a competitive season that would be quite different from the ones she had doing in the past eight years. She had been aiming to do a lot of gravel racing, different from her normal scheduled road cycling events.

Albrecht was also planning to do strategic guest riding for the road racing calendar and hopefully make the Canadian National Road Cycling Team and compete in the world championships. A different journey compared to the professional team racing she had been doing the past few years.

Race Across America 2021 - Participation confirmed
Out in the desert, Barrie Woman Reconnects With her Passion for Cycling
Selection for Inaugural eSports UCI World Championships Team
Sea Otter Classic is Virtual - Join in on the Webinar!
2020 Québec Cycling Championships