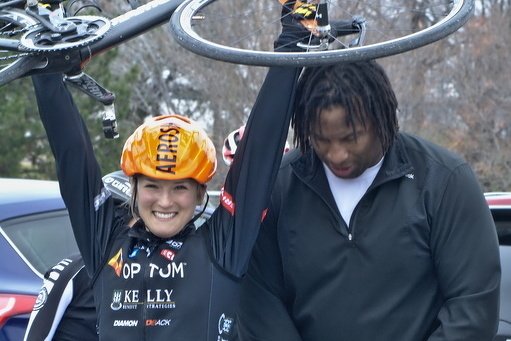 Professional road cyclist Lex Albrecht victorious for a second year in a row against NHL hockey star Georges Laraque
The weather for the second edition of LEXvsLARAQUE (offical hashtag: #LEXvsLARAQUE2) was not much warmer than in 2014 but the snow held off.  Spectators came from all around the Montréal region and as far away as Brockville Ontario to see the race.

NHL star Georges Laraque challenged Lex Albrecht to a race in 2014 and attributed his loss to Lex to the course that the race took place on, which was mainly uphill.  Georges requested a rematch on flat terrain, and Lex accepted. 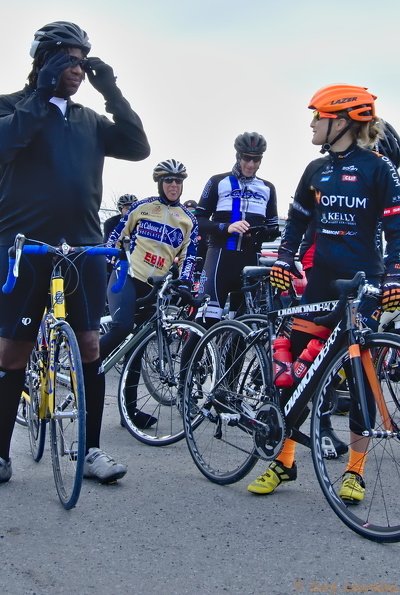 "I knew Georges had a way better chance at beating me on a flat course, so I admit that I was a bit nervous.  I kept hearing of people giving Georges tips on how to win, which made me even more wary.  I kept my confidence up though.  It may be the off-season for me right now, and I may not be on the sharpest form of the year, but I still know that I have a lot of fire left in me, and I wanted to win pretty badly!"

Georges arrived with soft tires and as a spectator helped him fill up with air, his rear wheel flatted.  Thanks to some handy and well-equipped spectators, the flat was fixed in no time.  A one lap recon of the course followed before the beginning of the race.

The start line was placed just after the hairpin turn of the famous Gilles Villeneuve race track.  After a friendly handshake between Lex and Georges, a vehicle that led the race out announced the start with the blow of a horn.  Spectators were invited to join in and follow behind, and witnessed both Lex and Laraque having troubles clipping in.

"Once I got in, and put some power under my pedals, I glanced over my shoulder and noticed that Georges was still struggling to get in.  I let up a bit. 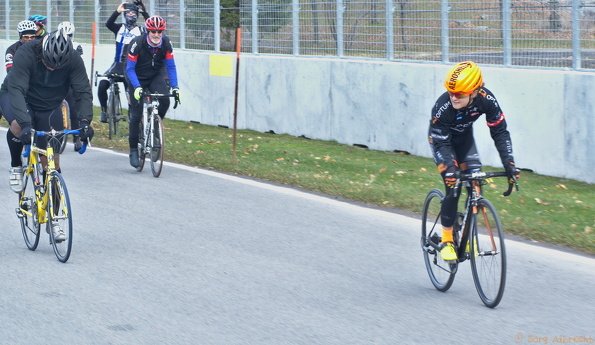 Before no time, he had caught up to me, and I was actually quite suprised with the speed that he did it at.  We ended up riding cat-and-mouse style, keeping an eye on eachother for a good part of the straight away.  I don't think it would have been a good idea for me to go full gas for the entire course at this time of year, I might have lacked the punch I'd need at the end. 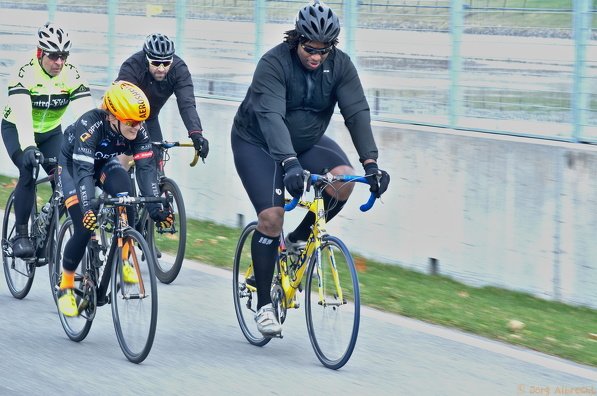 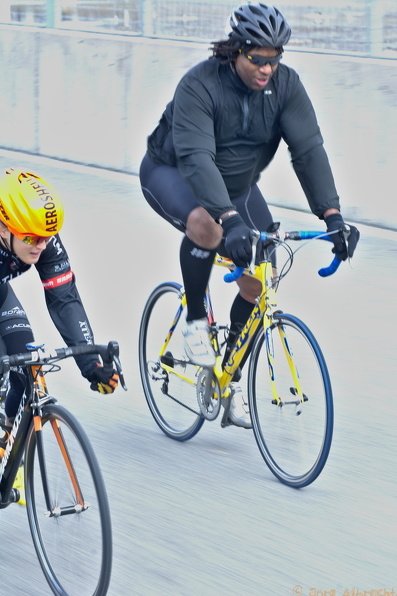 Georges ramped up the pace as the finish line approached.  I was on the wrong side of him, I would have liked to have been to the left, for more shelter from the wind for the final sprint.  When he started to go for it, I responded, regrettably in almost too big of a gear.  I have to admit that it was quite close, I nearly missed the victory which would have been rather upsetting...but I kicked it over the line before Georges as I gained speed and my legs turned over faster and faster." 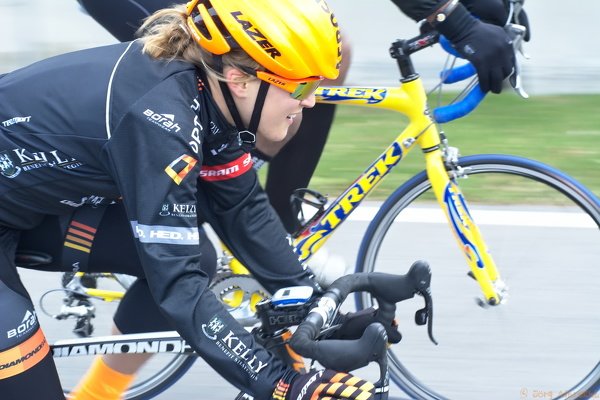 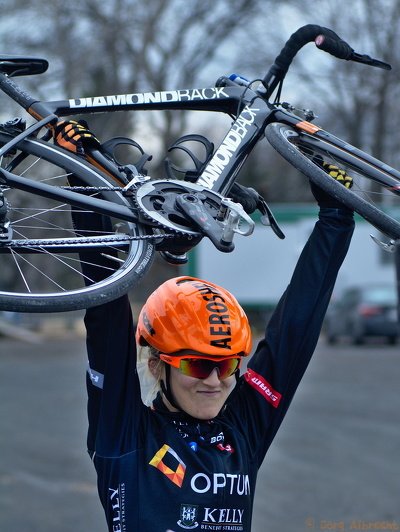 Laraque who is known to his friends and teammates to having a firey and competitive spirit so strong that he regularly pushing his limits to the point of exhaustion in sporting events took a few minutes to recover after the race.  Many recall the ambulance episode of #LEXvsLARAQUE in 2014 when paramedics who passed by the finish of the first challenge insisted on taking Laraque to a nearby hospital.  To this day Laraque maintains that it was unnecessary, and it's true that he was out to lunch only minutes after they let him out of the yellow emergency vehicle.  This time around, #LEXvsLARAQUE2 things appeared much less serious, and he was back to smiling after a quick rest. 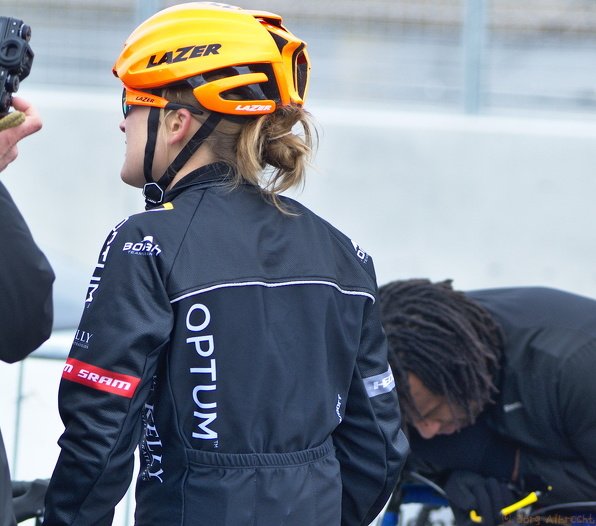 A third event, and one more chance for Laraque to win against Albrecht (or a third chance for the professional cyclist to experience victory against NHL superstar Tough Guy) is not yet planned.  "If it does happen, it will be next season.  It's getting a bit too cold around here in Montréal for racing, and I'm already focusing on preparing for my 2016 season - it is going to be a big one.  I'm not counting out the possibility of there being a second chance for Georges to get his revenge again...but we'll leave that thought on the backburner for now.  Plus, I want to savour the win a little bit!" said Albrecht with a smile.