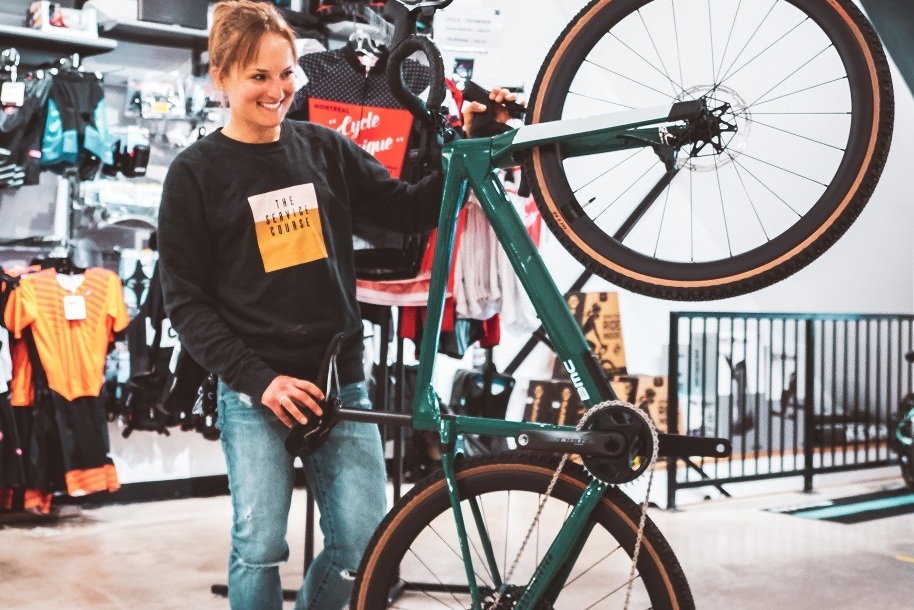 Professional cyclist and co-host of the all new Preem Show on Preem TV, Lex Albrecht holds her new BMC Gravel bike, the URS 01 Two.
Due partly to a bicycle supply shortage caused indirectly by the pandemic, for the first time in two years, Lex Albrecht finally celebrated New Bike Day at Cycles Tecnhnique bike shop in Montreal, Québec.  "It was worth the wait, it's probably been around a decade since I've had this much anticipation and excitement about getting a brand new bike." 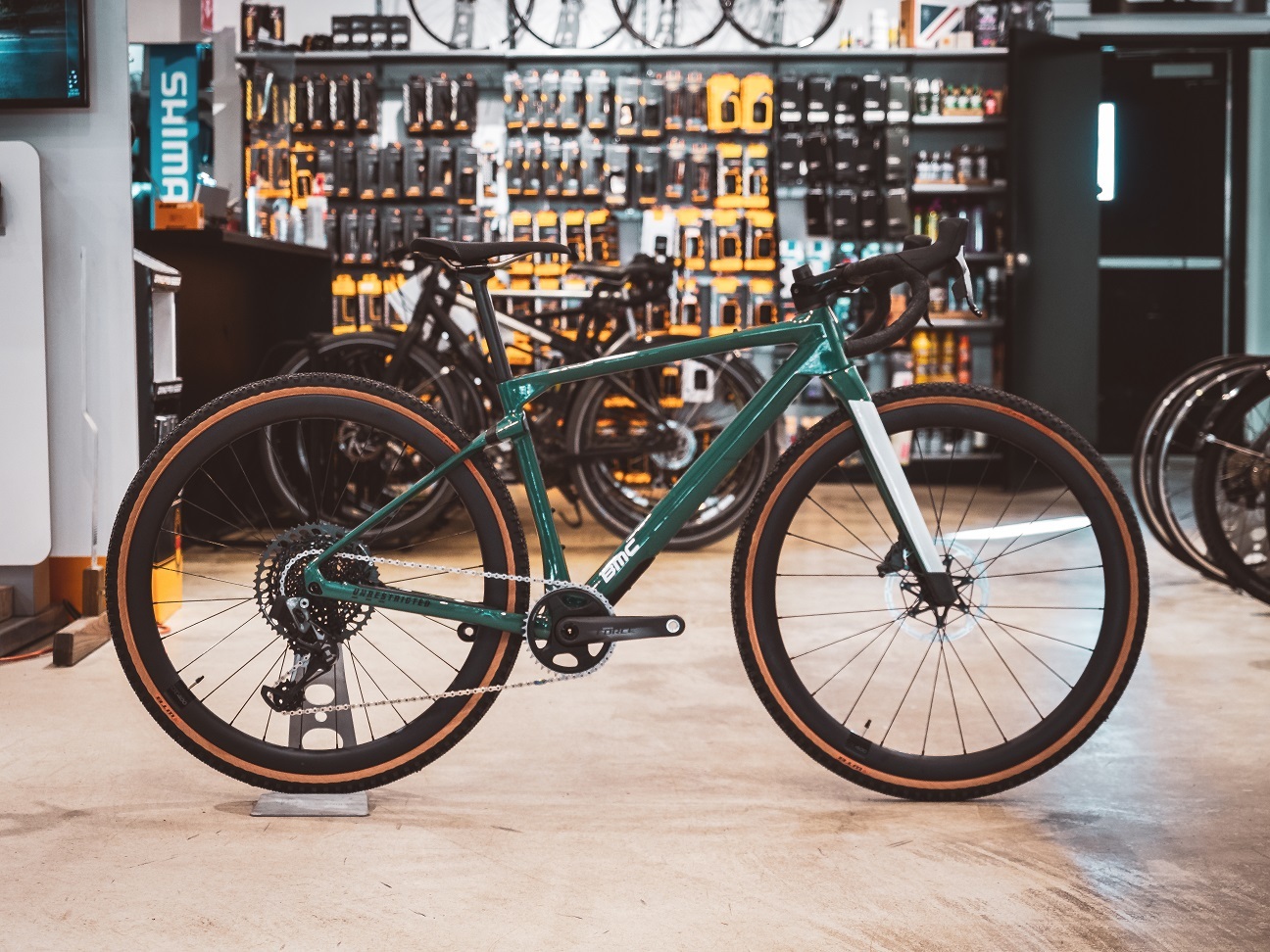 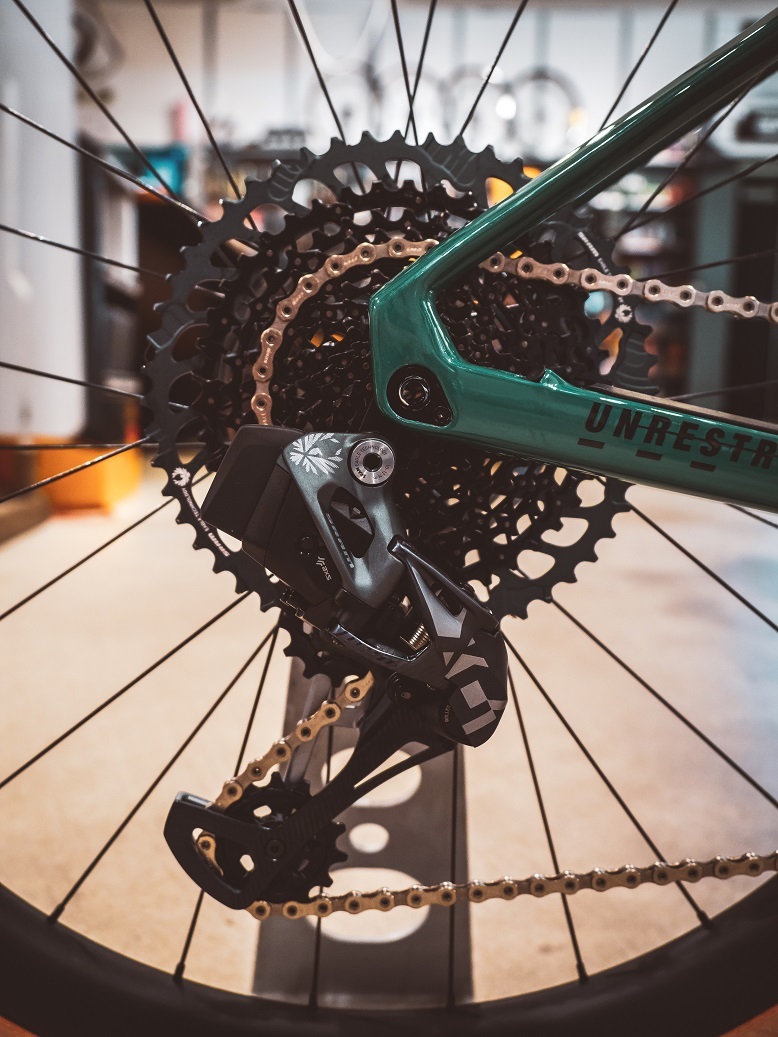 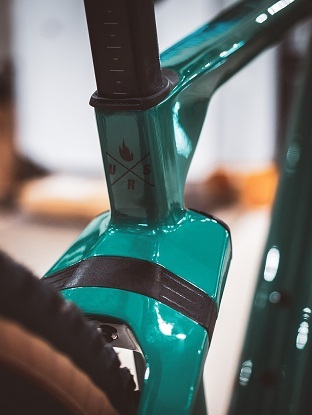 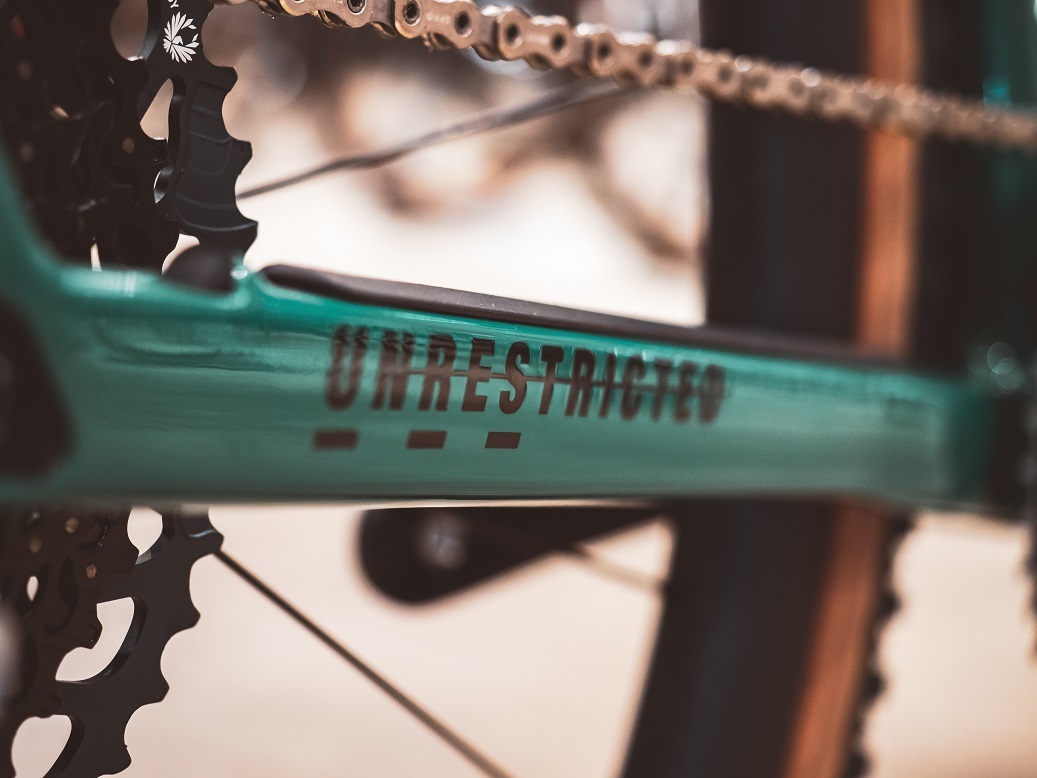 [This is where the source will appear.]