"There's nothing like riding single track.  Where I live, it's mostly in the woods, which I love.  It's the epitome of connecting bikes and nature together.  Other places, I've navigated through cacti on a mountain bike (like, in Arizona).  I'm not sure what I'm going to discover with this new bike, but I've felt New Bike Day coming on for a while, and now I am ready.

This is the BMC Fourstroke, the newest member of my bike family.  Check it out: 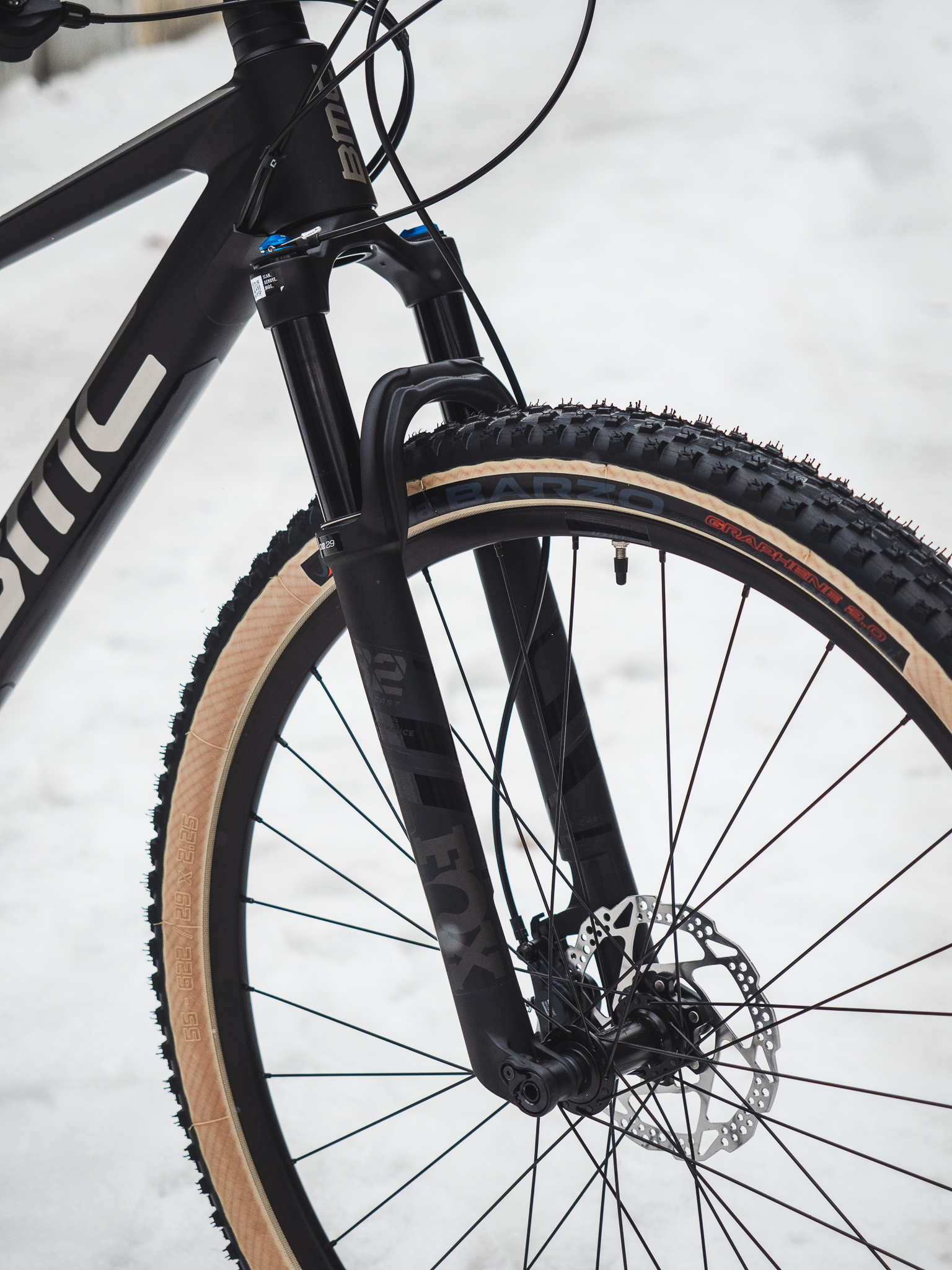 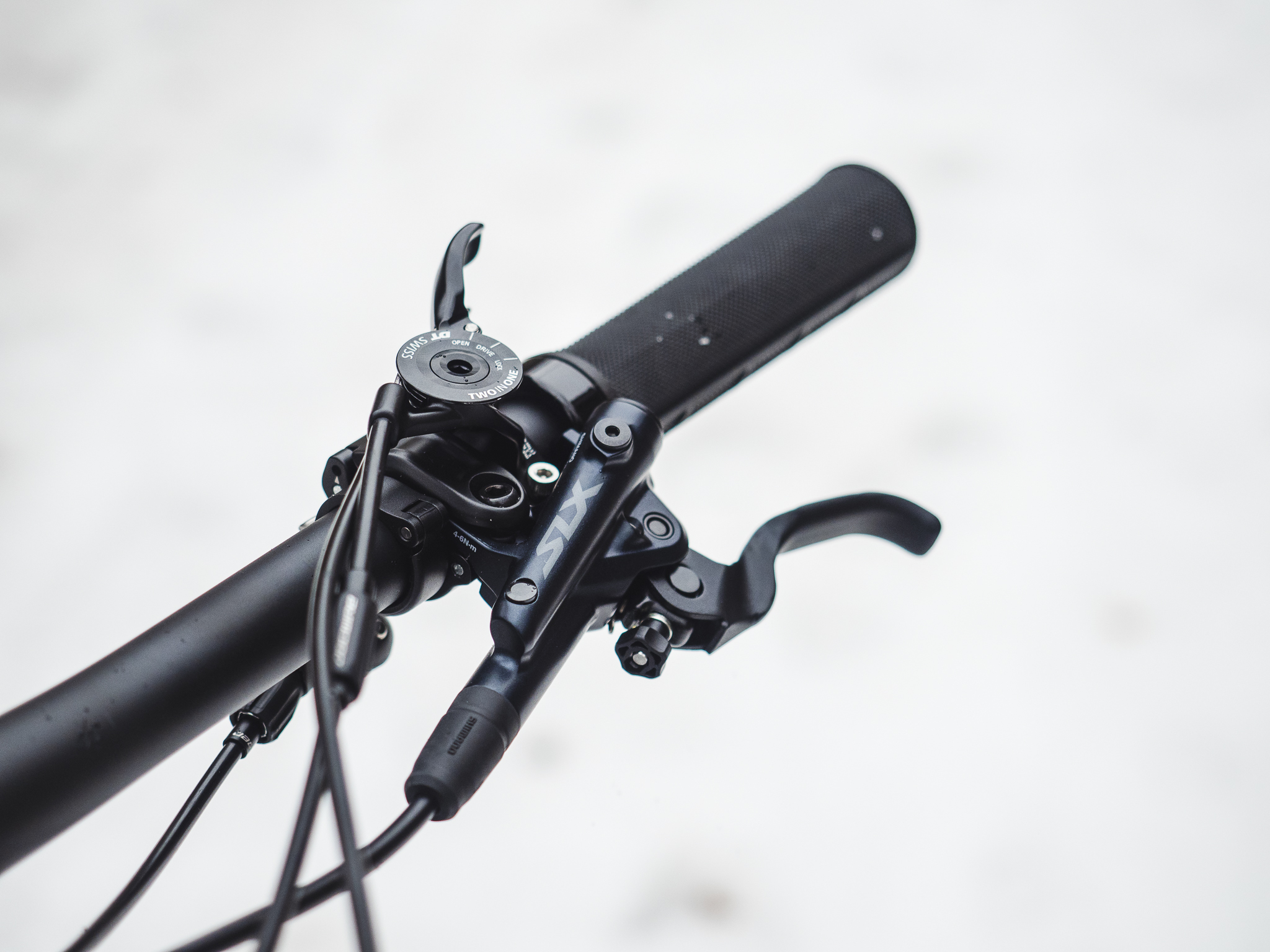 I still have to figure out how to use it really well, but in the meantime, the integrated dropper post looks so stealth. BMC invented this one and call it: RAD (Race Application Dropper). It drops 80mm. Plus, the screw to adjust the seatpost on the BMC Fourstroke is actually hidden down behind the seat tube. So sleek. So elegant. 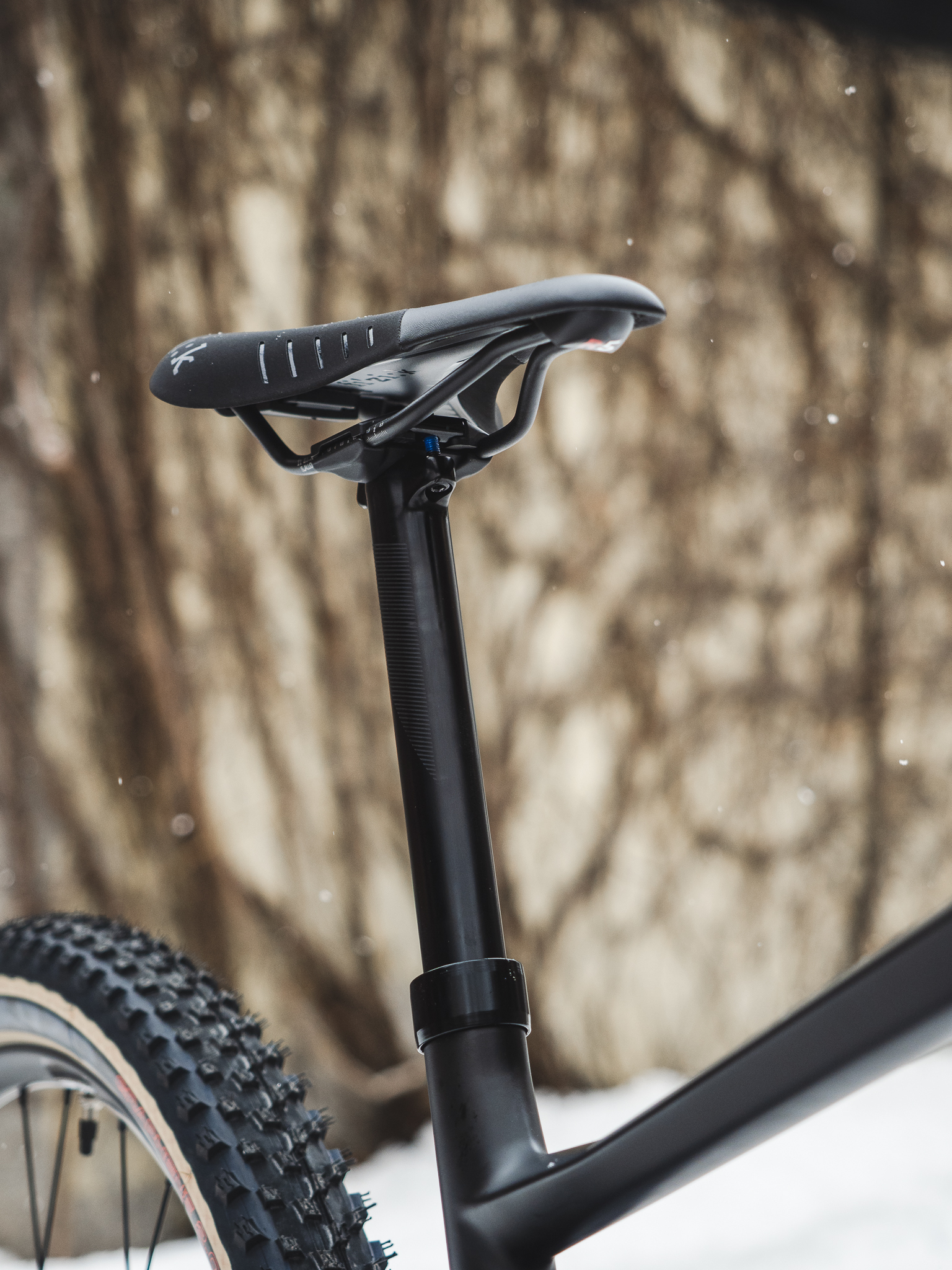 This is a one-by mountain bike, which in other words, means that there is one chainring (34 tooth) on the front.  There's no front derailleur. 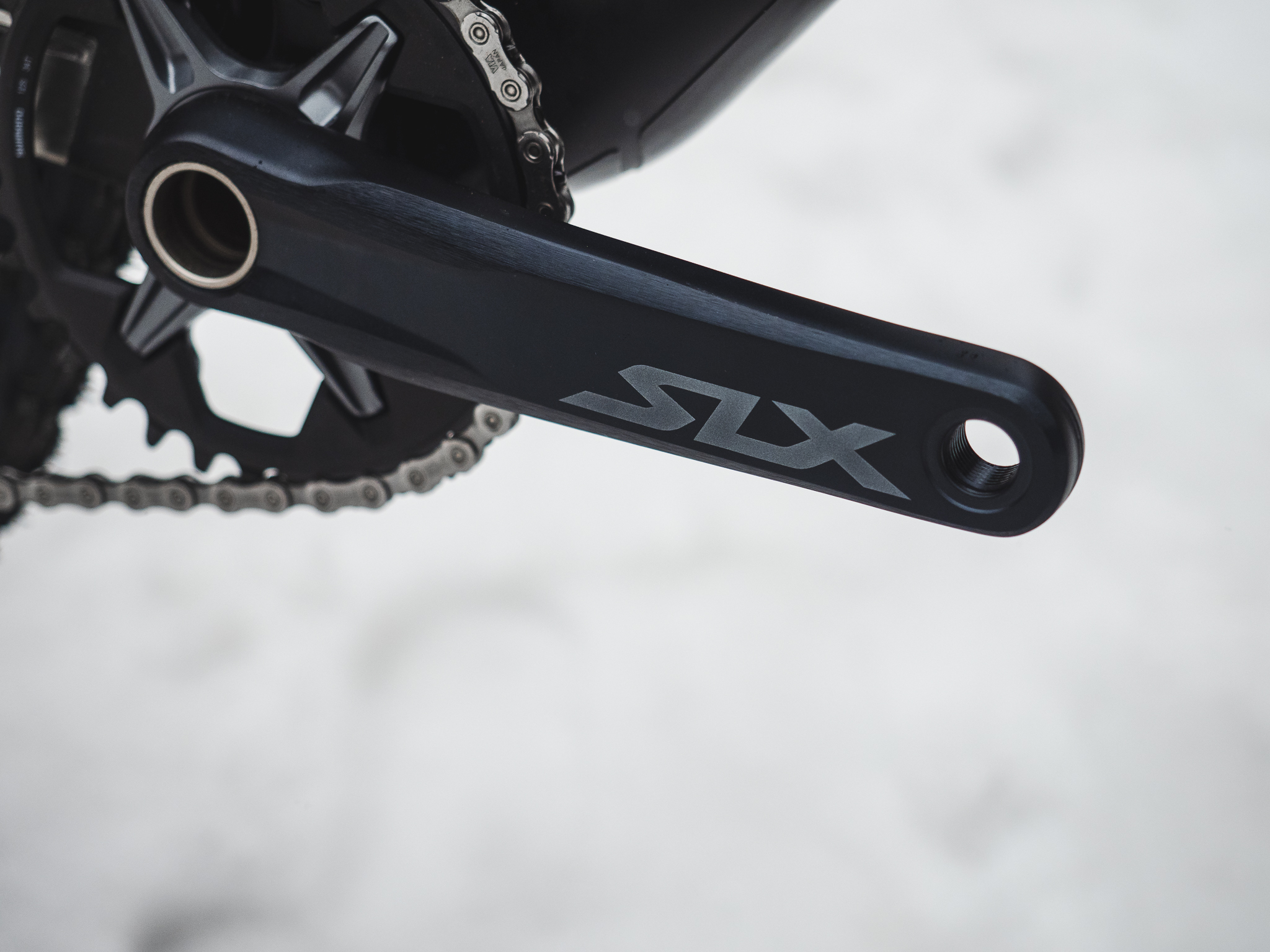 In the back, there are 12 gears, and the biggest one is the size of a dinner plate, at 51 teeth around. The tiniest gear: 10 teeth.  That's a range that I can dig.

I used to think that fun and braking were inversely related.  Now I know that proper speed scrubbing actually enhances the fun. The BMC Fourstroke has 160mm rotors and uses Shimano's two piston hydraulic brake system. 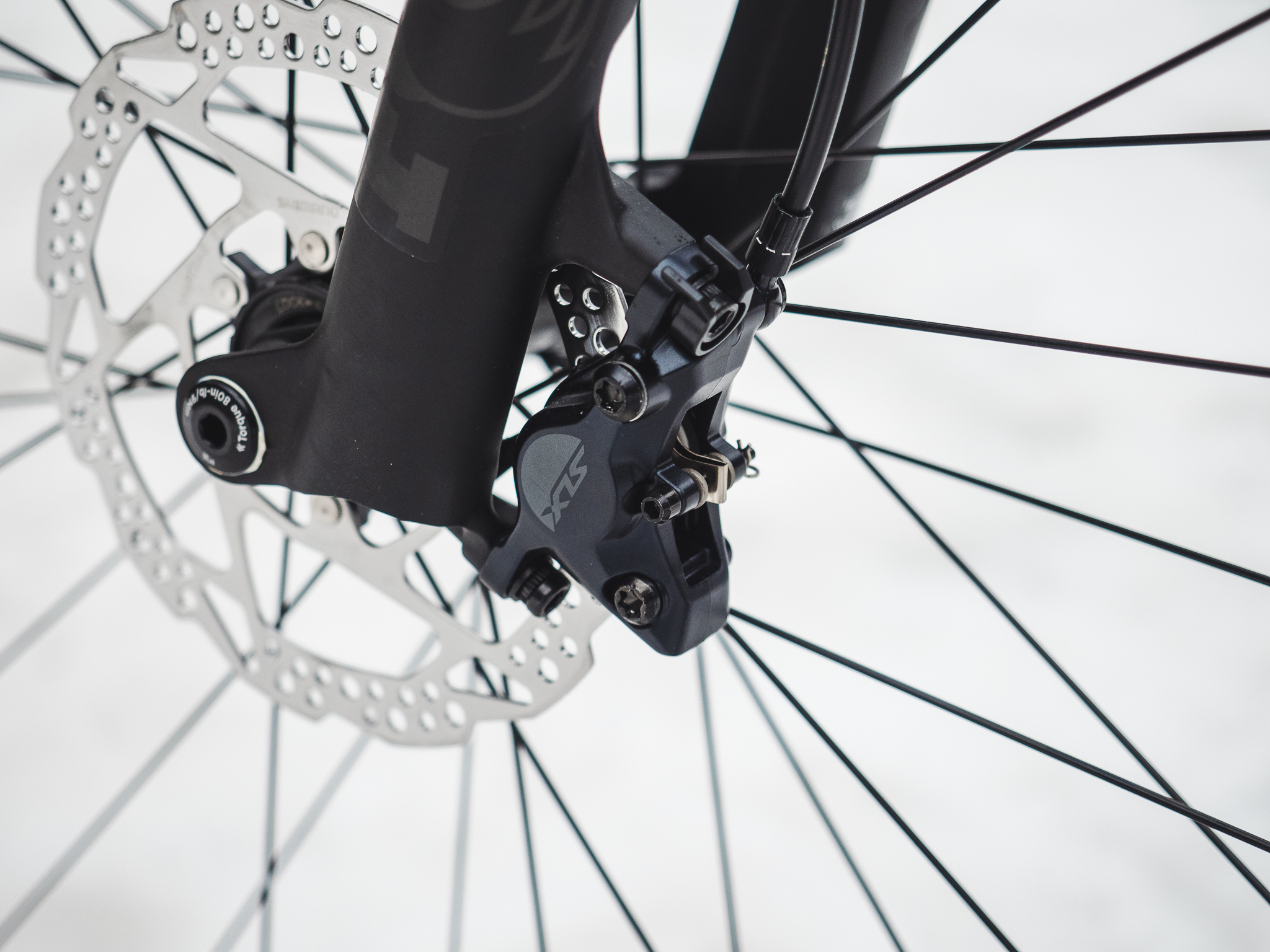 The trails aren't ready to ride yet, where I live. There's still snow, everywhere.  I'm going to have to take this bike on a trip, to hit the dirt, ASAP.  Thanks to Cycle Technique bike shop in Montreal for assembling my new bike, and to Francois Kawasaki for the sweet shots" - Lex Albrecht 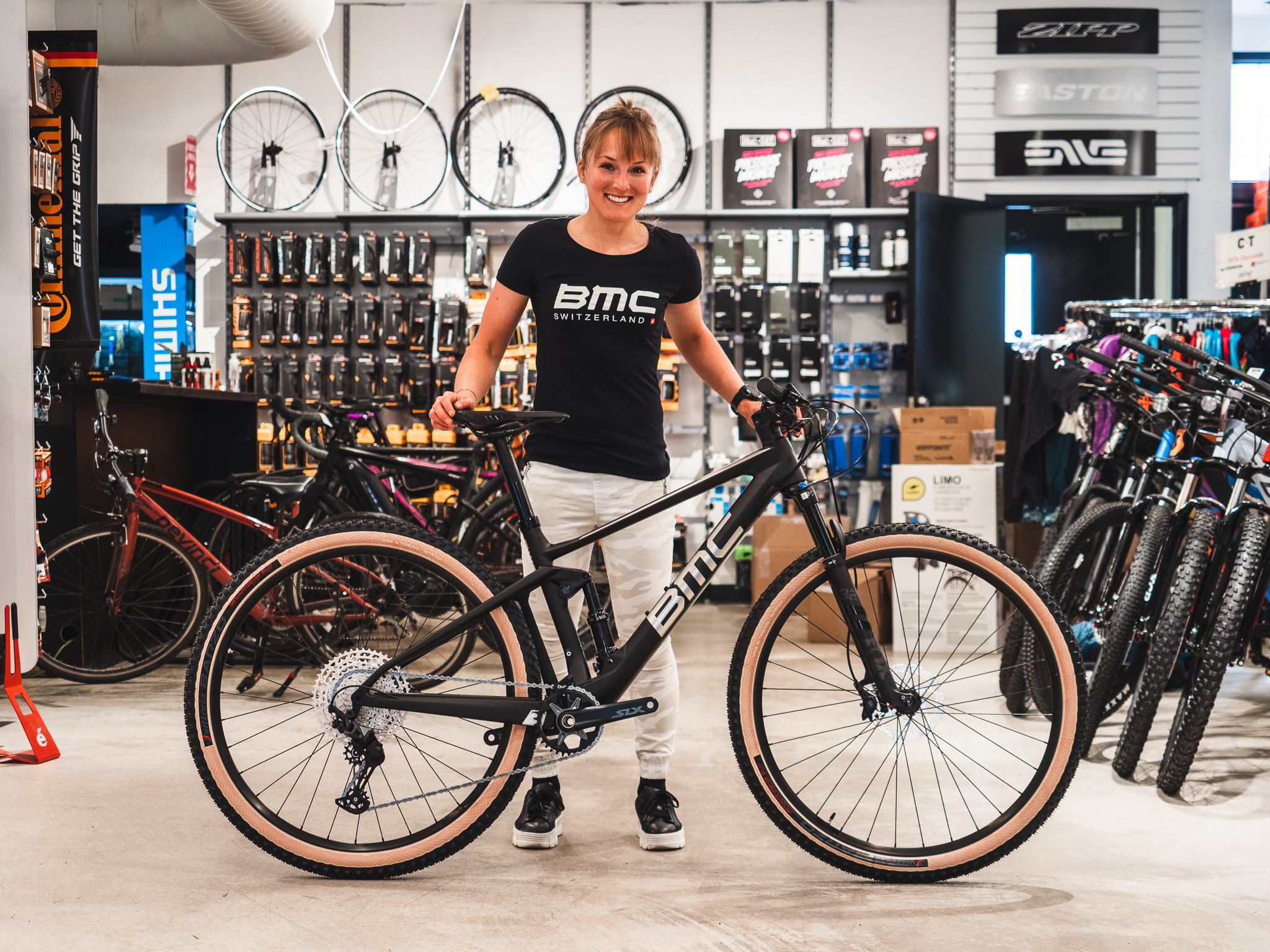