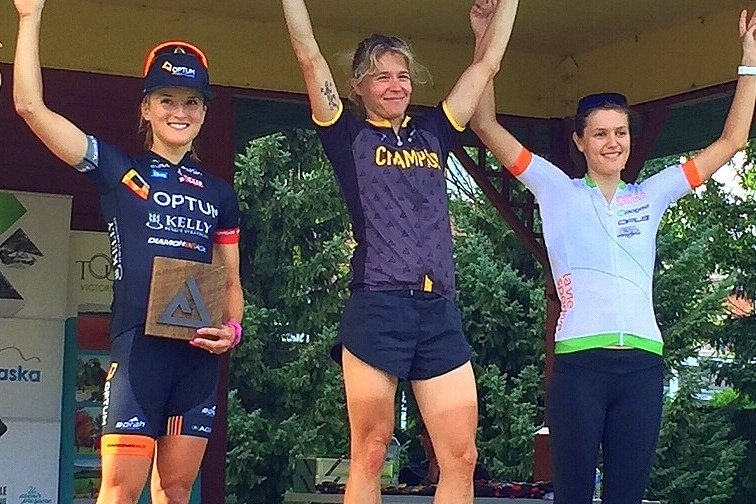 Source: Winning 5.3kg of Maple Syrup Sweetens a 2nd Place Finish at Classique des Appalaches
The inaugural edition of the Classique des Appalaches in Victoriaville, Québec featured a challenging 108km course with grueling climbs, strong winds, and heavy gravel sections covering 35% percent of the course.  Lex Albrecht says "It's one of those courses that you're tempted to call 'epic""

Véronique Fortin of Gatineau QC took home the victory, and her weight in maple syrup.  For her part, Lex had to be content with a second place finish but it was sweetened with a prize of 5.3kg of maple syrup.  "It's the end of my season and my form is not on par as I would have liked it to be for this kind of a race, but it was definitely a lot of fun.  It's a special treat to race with Véro Fortin again after several years.  Our last race together was at the 2013 World Championships in Florence Italy, when we were on the same team."

The top finishers in the women's peloton took home the same amount of prize money as the men.  "This is a race that I know is going to take off in the years to come.  Just the first edition was spectacular.  The fact that the organizers are offering equal prize money for the men and women is a big deal for me, and many of the other female riders.  It's a race that I want to have on my fall calendar for years to come, and this gesture from the organization has solidified my plans."

You can visit the Classique des Appalaches website at : http://www.classiquedesappalaches.com/